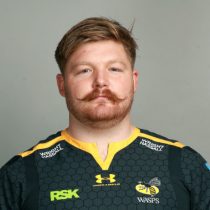 Owlett was a key part of the University of Exeter side which lifted the BUCS title at Twickenham in 2016, with his on-field displays catching the attention of the Chiefs, who used the A League as an opportunity to look at the tighthead’s potential.

The former Scotland Under 20s international was offered a senior Academy contract with the club following his full-time education and went on to make six first-team appearances.