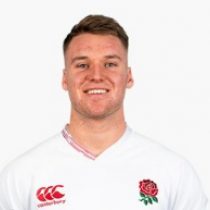 Walsall-born Jack Clement began his rugby journey at Bournside School when he was 14, joining the Gloucester academy aged 17.

The number eight also captained Cheltenham College and made his England U18 debut against France in the Aon International Series in August 2018, playing all three games of the tour in South Africa.

Clement played twice for England U20s during the 2020 Six Nations Under 20s Championship but cancelled in August due to the coronavirus pandemic. However, he was called up to the England senior squad as part of their wider training squad under Head Coach Eddie Jones in October 2020.

He was included in the England u20 Six Nations squad for the 2021 championship.