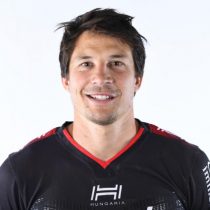 Trinh-Duc is the first ever French international of Vietnamese origin. He played rugby from the age of 4 in Montpellier and stayed there throughout his professional career.

He was named Top 14 player of the year in 2011 for his outstanding vision and vehement hunger for the ball. Made his senior Test debut in the 2008 RBS 6 Nations game against Scotland as a 21-year-old. He had been in the matchday squad 23 successive RBS 6 Nations matches, until missing out against England in Round 1, 2014.

He was part of the squad for all 7 of France's games during the RWC 2011 campaign, kicking a conversion in the final. Having played in the world cup warm-up game against England at Twickenham missed out on selection for RWC2015.

Trinh-Duc became man of the match for France v Italy in Rome, March 2009, when he scored his first RBS 6 Nations try, his second and most recent in the tournament came against Wales in Cardiff 2010.

He played in the final 3 rounds of the RBS 6 Nations 2016 and went on the tour to Argentina gaining 2 further caps but then a fractured arm sustained vs Samoa in November kept him out of rugby for 4 months.

Trinh-Duc helped Toulon to a Top 14 Final where they were beaten by Clermont. He was not included in the initial France squad to face South Africa in June but was called into the squad after Camille Lopez withdrew.

He went into the three-match series against South Africa with 58 Test caps to his name.

In February 2019, he confirmed that he will join Racing 92 on a two-year deal following three seasons with Toulon.

In March 2021, Trinh-Duc confirmed that he would retire at the end of the 2020/21 season before opting to extend his career by another year later that same month signing with Bordeaux for one season.