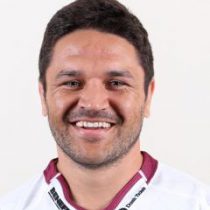 In 2008, Halangahu was selected for Australia A to play in the Pacific Nations Cup.


Halangahu played 74 games for the Waratahs as a first-five or fullback to 2012, before spending three years playing in Italy and France.


He moved to New Zealand in 2015 to play for North Harbour and then took up an assistant coaching role with the province in 2016, where he has also been involved as a coaching educator.


The Australian, assisted Tom Coventry at North Harbour, will join him in making the jump to Super Rugby in 2019 as the Blues' Skills & Backs Coach.