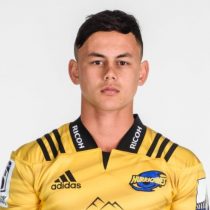 Young halfback Carlos Price was named in the 2016 New Zealand schoolboys side, after leaving Tauranga Boys' College to St Kents on a rugby scholarship.

The talented teenager - also a goalkicker who can play first five-eighth - has signed for the 2017 and 2018 seasons, and his involvement with the province will start at the Hurricanes under-18 coaching camp.

In 2017 he was named the Wellington Lions wider training squad ahead of the 2017 Mitre 10 Cup.

In 2018 the talented halfback, who can play first five, joined the Hurricanes wider training squad for the 2018 Super Rugby season.