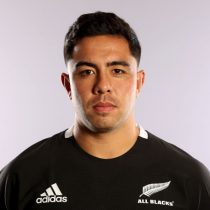 He first rose to prominence at First Fifteen level for Christchurch Boy’s High School before being selected in the New Zealand Under 20 side in 2014 and 2015.

After debuting for the Chiefs in 2014 in the unfamiliar role of wing, Lienert-Brown secured a starting position in the Chiefs midfield in 2016 and quickly established himself as one of team’s key performers. He made his Super Rugby debut in 2014 at 18 years old and was also part of the New Zealand Under 20 side that same year.

He was first called into the All Blacks squad for the 2016 Investec Rugby as an injury replacement, a justified reward for his consistent form earlier in the year for the Chiefs during the Super season

Across 14 performances for the Chiefs at inside centre in 2016, Lienert-Brown was a key cog in the Chiefs attack wheel saw them score a club record 76 team tries. While his line breaking and distribution skills were impressive, it was also on defence where Lienert-Brown shone with his quick line speed shutting down opposition attackers.

He enjoyed a mercurial rise in 2016 which saw him finish the season as one of the All Blacks' preferred midfielders. He made his debut for the All Blacks against Australia in Wellington and earned a further 8 test caps in 2016. By year end, he had nine Test appearances alongside his name, and he added 11 more Test appearances in 2018.

Lienert-Brown was included in Steve Hansen's squad for the NZ Lions series, having won 9 caps to date scoring two tries. He came off the bench in the first test and started the final two tests.

In March 2020, he signed a new three year deal which will see him remain in New Zealand and at the Chiefs until the next Rugby World Cup in France.