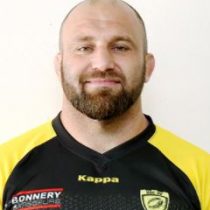 Made his debut in 2012 against Portugal and has since developed into a hard-hitting, tough scrummaging prop forward. Ursache is a player that loves the physical and has shown that not only in the tight exchanges but also wider out in the defensive line, demonstrating his reliability and confidence in this area. He plays his club rugby in France for US Carcassonne and has also had a month's trial at Cardiff Blues.

In 2015 he was selected to represent Romania at the 2015 World Cup in England, with his performances securing his spot in the squad that would compete at the 2017 Rugby Europe Championship.