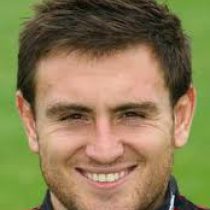 The former Wales Under 18 and 19's scrum half started his career with Newport Youth, Newport Gwent Dragons U20, and was part of the Dragons Junior Academy. He gained his senior academy contract with the region at the start of the 2005-2006 season, making one replacement appearance for the region. Walker was an ever-present Dragons team member during the 2006-2007 season. Walker was named as one of Wales's 'core' contracted players for the 2011/12 IRB World Sevens Series. Alex Walker played a role in the success of the Ealing Trailfinders in the 2015/16 National triumph securing promotion to the Greene King IPA Championship.