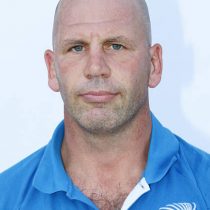 A legend of Italian rugby as well as a legend at the Marcel Michelin in France, Alessandro Troncon was part of Italy's golden age of rugby players and was the first Italian to play 100 tests for his country.

A fiery and extremely talent scrumhalf, Troncon first broke into the Italian test squad back in 1994 and made his debut in against Spain with his international career spanning over thirteen years as he established a long-running partnership with fly-half Diego Dominguez.


Troncon's playing career would see him turn out for the likes of Benetton Treviso, Mirano and Clermont. He made his first venture into French rugby in 1999 signing for Clermont who would play over 90 times over two stints with the side.

He returned to Italy with Treviso in 2002 but would again return to Clermont to complete his career in 2007. In September 2007 Alessandro Troncon was the first Italian to win 100 international caps, becoming only the seventh player in history to reach the milestone.

He captained Italy at the 2003 Rugby World Cup, but a serious knee injury shortly after the tournament ruled him out of the 2004 Six Nations campaign.

Troncon retired having won 101 caps for Italy scoring 19 tries for his country. Following his retirement, Troncon moved into coaching taking up an role as Italy's backline coach in 2008 under former head coach Nick Mallet before turning to Zebre in 2012.

He spent just one season in the role before taking over as the head coach of the Italian u20s side, a role which he held until 2017. He once again returned to assist Zebre before being confirmed as the new Italy assistant coach in 2020 under Franco Smith.