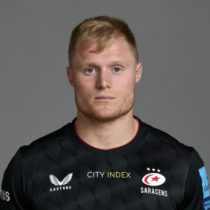 A former student of Ysgol Gyfun Bro Myrddin and Coleg sir Gar, Davies has been a member of the Scarlets from under-16 to academy level.

He made 26 appearances in 3 seasons for Llanelli RFC, scoring 3 tries. He has made 2 appearances for the Scarlets senior team, one against Worcester in a friendly in August 2010 and the other against Leicester Tigers in the LV Cup in October 2011.

Davies has also represented Wales at under-16 and under-18 levels. Having been included in Wales’ 2013 Autumn International training squad, he became a more prominent figure in the Scarlets set-up and took the mantle as first choice scrumhalf in the 2014-15 season.

He made his competitive debut in the Anglo-Welsh Cup against Leicester Tigers on October 2011 and went on to make 114 appearances (as of 4/12/17) scoring eight tries.

Despite being called in to Wales’ Autumn squad in 2016 and Six Nations squad in 2017 he didn’t win his first cap until the summer tour of 2017, facing Tonga and Samoa.

He made his home international debut, at the Principality Stadium, on Saturday 11th November against Australia. He featured off the replacements bench against Georgia and started the victory against South Africa.

In December 2017, Davies announced that he would leave the Scarlets to join fellow Welsh region Ospreys at the end of the season.

Renowned for his fast, accurate passing and his rugby intellect, he signed a two-year deal that runs until the summer of 2020.

In January Davies was named in the Wales 6 Nations squad, entering the competition with 5 Test caps to his name.

He featured in three of Wales 6 Nations matches in 2018 and was named in the June Test squad.

Davies went into the 2018 November International with 11 test caps. He was Wales’ third-choice scrum-half at the 2019 World Cup.

In May 2020, Saracens confirmed that Davies had signed a three year deal with the club.