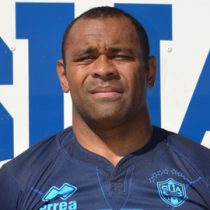 Born in the Fijian capital of Suva, Qera has earned a reputation as a highly mobile back-row forward who terrorises opposition ball at rucktime. Since bursting onto the scene in the 2007 World Cup, when he along with his backrow colleagues made Fiji one of the tournament's surprise packages, Qera has been known as a hugely dynamic ball carrier who is capable of monstrous hits in defence.

Since the '07 World Cup Qera joined English Premiership side Gloucester where he has become a firm favourite with the home crowd at Kingsholm. Openside Qera made his international debut in late 2005 when he lined up for Fiji against arch rivals Samoa. Qera's experience was invaluable to Fiji during the 2015 RWC, where he made his 50th cap during the pool stages.