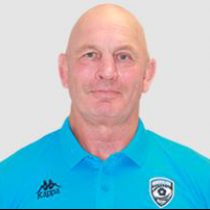 Cotter took the field for Counties Manukau in a career spanning 10 years before crossing over to France and displaying his skills for French clubs.

He made a return to New Zealand in 1999, but for a Bay of Plenty coaching role, leading the team to the Second Division championship of the North Island.

2014 saw Cotter enjoy a successful season as Crusaders forwards coach, only keeping the role until 2006 when he returned to France to coach Top 14 side Clermont.

His most recent venture is leading the Scotland national team to one of their most successful world cup campaigns in 2015.

In August 2016, it was announced that his contract with Scotland will not be renewed and will exit in June 2017, with Gregor Townsend taking over his position.

Cotter returned to the French Top 14 with Montpellier.

The New Zealander, who led Clermont Auvergne to the Top 14 title in 2010 during an eight-year spell at the club, replaced South African Jake White.

In January 2020, he was named head coach of Fiji as they progress towards the 2023 Rugby World Cup in France.