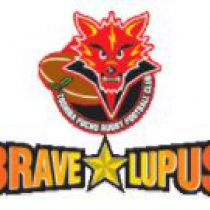 Web
Toshiba are based in Fuchu, Tokyo, as is their local rival Suntory Sungoliath. They won the second ever Top League championship in the 2004-5 season and the Microsoft Cup in 2005 under their innovative and inventive coach Masahiro Kunda, himself a former hooker for Toshiba and Japan. They are particularly known for the strength of their mauls. Before the Top League was created the team was called Toshiba Fuchu, after their location. Their slogan for 2006 season is "Once again to the Pinnacle (Restart)".