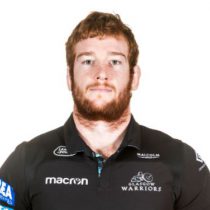 Harley won his first cap for Scotland on the 2012 summer tour to the south seas, scoring a try on his debut against Samoa and then going on to make his first Scotland start in the 2013 RBS 6 Nations.

Voted Player of the Season for 2010/11, the flanker was recognised with a long-term contract extension by the Warriors.

With regular captain Al Kellock away at the Rugby World Cup, Harley was named as Warriors skipper for the opening 2011/12 PRO12 game against Ulster at Ravenhill.

He ended the campaign with a Scotland cap, scoring the winning try minutes into his debut against Samoa. Harley was named in the Scottish squad for the upcoming Six Nations Championship in 2015.

Following an injury late in 2015, Harley was unable to compete for a spot in the Scotland back row for the 2016 Six Nations, however, a return to form led to a starting spot against Georgia in the Autumn International.

Harley became Glasgow's most-capped player in February 2018, making his 178th appearance for the club against Munster to surpass Graeme Morrison at the top of the all-time charts.

Renowned for his hard tackling, Harley has become a key figure in the Warriors leadership group throughout his career.

He has since gone on to make over 221 appearances for Glasgow and over 20 caps for Scotland.