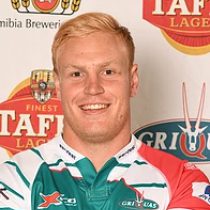 Koen was schooled at Klerksdorp High. He represented Leopards at Craven Week in 2011 before moving to Durban in 2014 and representing the Sharks at Vodacom Cup and the U21 Currie Cup.
He is a physical ball-carrier who is able to play all three positions in the Back Row.

In Sepetember 2020, Koen signed for French club AS Beziers Herault.