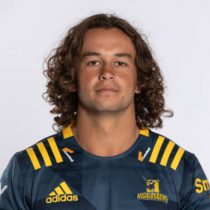 A real speedster, Caleb Makene is adept on the wing as well as fullback.

He was named in the New Zealand U20s squad in 2016 and later that year was included in the Tasman Makos Mitre 10 Cup squad.

He made the switch to Canterbury ahead of the 2017 Mitre 10 Cup season and help his new side to yet another Premiership final.