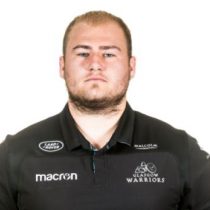 Adam is a product of Fife club Dunfermline and Queen Anne High School. He came off the bench to receive his first cap for Scotland under-20 in the opening game of the 2016 Six Nations, a 24-6 defeat of England.

In January 2017, he was named in the Scotland U20 squad for the Six Nations U20 tournament.

He signed a one-year deal with Glasgow Warriors ahead of the 2018/2019 season and extended that by another two years during that campaign.