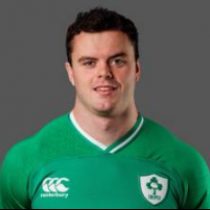 The son of former Leinster back row Mark, Ryan has skippered Ireland at U18 level and also led the Leinster U18s, U19s and U20s, as well as his school’s Senior Cup team.

The talented second-row captained Ireland to the final of the 2016 JWC in Manchester, England.

The former St. Michaels College student joined the Leinster Academy following his time in the South Dublin school - he played his club rugby for UCD in the UBL 1A and is well regarded in the Leinster set-up.

In February 2017, Ryan was rewarded with a senior contract for the 2017/18 season. In May 2017, uncapped for club and country, Ryan was a shock inclusion in Ireland's summer tour squad to play USA & Japan, scoring with the first minute of his debut against USA Eagles.

Ryan featured in all six of their European Champions Cup pool matches and was named in the 2018 Six Nations squad, bringing his international cap tally to 8.

The young lock recorded an incredible streak of 23 consecutive professional wins to start his career, he suffered his first loss when Australia beat 18-9 in the first of 3 test matches down under.

During the Rugby World Cup in Japan, Ryan has took his test cap tally to 23 caps.

On 5 February 2020, he signed his first national contract penning a three-year deal with IRFU until the end of the 2022/23 season.