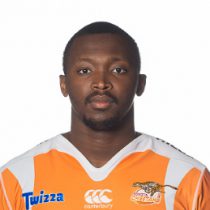 His impressive performances caught the eye of the Cheetahs coaching staff and he eventually signed with the side.

He was named in the Cheetahs 2017 Super Rugby squad and made his debut against the Chiefs.

He committed for a further 2 seasons with the club in March 2018.