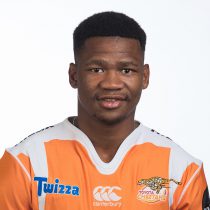 Showing potential from a young age Malcolm Jaer was selected for the Eastern Province for the 2011 Grant Khomo and 2013 Craven Week sides.

He showcased his ability and earned a spot in the South African Schoolboys side to face France.

After school he was contracted into the Eastern Province Academy and made his Vodacom Cup debut at 18-years-old.

In 2015 he was named in the South African under 20s side ahead of the U20 World Championship in Italy.

The following year he was named in the Southern Kings Super Rugby squad and made his debut against the Sharks.

He made another 10 appearances for the side and scored 2 tries.

Jaer was once again named in the Southern Kings Super Rugby side, he made 9 appearances for the side and scored 6 tries.

In March Jaer signed a deal that saw him join the Cheetahs following the conclusion of the 2017 Super Rugby season.