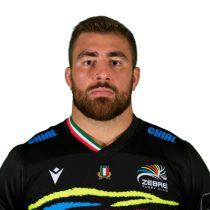 The 21-year-old departed the Atlético del Rosario club with the UAR’s blessing as fully professional opportunities at home are in short supply at the moment. If all goes well he could earn a Jaguares contract for the 2019 Super Rugby season.

Comfortable on either side of the scrum, Bello was part of the 2015 Pumitas squad at the World Rugby u20 Championship and has featured for the Argentina XV since.