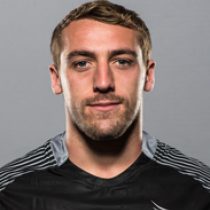 Willis has represented the North of England at Under 16 and Under 18 level and as part of the Falcons Academy.

The fly half took up his first professional contract with the Newcastle Falcons in 2013-14, playing an integral part in the club’s A Team side.

2014/15 saw him move over to local rivals Blaydon while continuing with the Falcons Senior Academy under the stewardship of Mark Laycock and James Ponton, but it was in 2015-16 that he made his senior breakthrough.

Willis then made his Premiership debut in December 2015 and went on to score the winning penalty the following month against Bath at Kingston Park.

He made 11 Premiership appearances (six of which were starts) that season, kicking nine penalties and five conversions as well as playing in five of the club’s European Challenge Cup ties.

After 38 appearances for Newcastle Falcons, Willis signed for the Ealing Trailfinders ahead of the 2018-19 season.