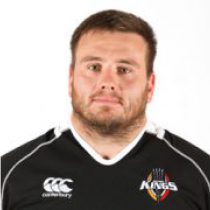 In 2013, he was included in a South Africa President's XV team that played in the 2013 IRB Tbilisi Cup and won the tournament after winning all three matches.

Having joined French side Dax for the 2015/16 season, Dreyer returned to South Africa after one season in France to join the Blue Bulls.

He has made 5 Super Rugby appearances since his debut in 2014.