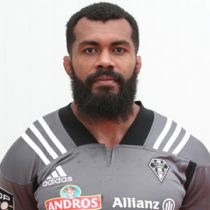 Dominiko has played for CA Brive, also in France in both Top 14 and ProD2, and Waikato in New Zealand's ITM Cup.

He debuted for Waikato in 2009 after representing the side at Under 20 and Development level.

Dominiko made his International Debut for Fiji in 2010 against Australia & was later made captain of Fiji for the Pacific Nations Cup in 2010 replacing previous captain Deacon Manu who returned to his club side.

He captained Fiji to their first-ever win over France on November 24, 2018, at Stade de France in Paris.

In Fijis next match following their historic win over France, Dominiko also captained the Flying Fijians to their first win in over 62 years against the Maori All Blacks on July 13 2019.