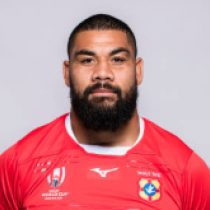 Vaipulu started his professional career with the Counties Manukau Steelers during the 2012 ITM Cup, playing in the number eight position.

He became a regular in the starting 15 and helped his side to become established in the ITM Cup Premiership. His constant solid performances saw him being named into the Chiefs' training squad for the 2015 Super Rugby season.

The powerful No. 8 moved to Castres in the French Top 14 and extended his deal with the club until 2020.