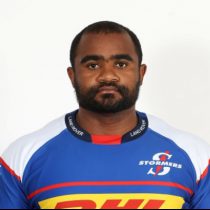 A powerful loosehead prop, Vermaak represented Western Province U19 and U21 before making his senior debut for the WP Vodacom Cup team in 2011. 2012 saw a short stint Boland where he made his Currie Cup debut before moving back to Western Province in 2013 for the Vodacom and Currie Cup.

A hard-working loosehead prop, who gets on with the job with minimal fuss, Vermaak has never let the team down and will thrive on the opportunity to stamp his authority as part of an imposing front row,

Vermaak took his Super Rugby cap tally to 24 in 2017 and helped Western Province to another Currie Cup title.