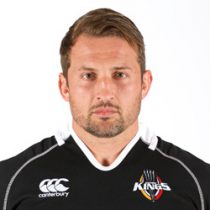 Representing Western Province at various age groups, Ferreira was included in their 2005 Vodacom Cup squad. 2006 saw the loosehead debuting for WP in the Currie Cup and his first taste of Super Rugby with the Stormers in 2007.

Schalk continued to represent the franchise until 2009 when a neck injury forced the prop to retire. 2012 saw an amazing comeback from injury, winning the Vodacom Cup with WP, playing Super Rugby in 2013 with the Southern Kings and signing with Toulouse in the Top 14 for the 2013/2014 season.

After being released from his contract with Toulouse a year early, Ferreira returned to Port Elizabeth & signed an one contract with the EP Kings.

At the end of 2015, after severe financial problems at EP Kings, Ferreira was one of 20 players that secured a contract from SARU to represent the Kings in 2016.
Ahead of the 2017 Super Rugby season Schalk was named as the Southern Kings captain.