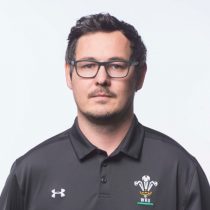 A native of Cefn Hengoed in the Rhymney Valley, Dai played at junior level for Ystrad Mynach.

Whilst a pupil at the local Lewis Pengam Boys' school, Dai was capped at under 16 Youth level for Wales, his immense promise as an influential outside half earning him a call up to the Pontypridd Academy, at only seventeen years of age, in 2002. Playing against older and more physically mature opponents, Dai continued to impress, giving credence to the adage of "an old head on young shoulders."

Having just turned eighteen, Dai's meteoric rise through the ranks continued with a call up to the Pontypridd senior squad for the 2003/2004 season, showing supreme confidence in his ability to cope with the demands of life in the premier division. Putting in some outstanding match winning performances, Dai's huge potential as a pivot well capable of marshalling his back line, was rewarded with a call up to the Wales FIRA under 19 squad for the Six Nations championship, and World Cup tournament in South Africa, in the spring of 2004, with the additional honour of captaining the team.

The 2005 - 2006 season proved to be another successful one for the unassuming "Dai Flan", gaining further caps for Wales at under 21 level, making a senior regional debut for the Blues, and cooly slotting over an injury-time drop goal to clinch the Konica Minolta Cup for Ponty at the Millennium Stadium.

Following a playing career that took in spells with Cardiff Blues, the Ospreys and Pontypridd, Flanagan joined the Scarlets as a skills/kicking coach in 2014. The former fly-half had a brief spell as interim backs coach under Wayne Pivac a year later when he replaced Mark Jones and has since been a key part of the Scarlets’ development programme, working with the Scarlets A side, the British & Irish Cup team and as head coach of Llanelli RFC.

He has also been a member of the Wales Under-20s coaching set-up. Ahead of the 2019-20 campaign, Scarlets confirmed that Flanagan was promoted to backs coach at the region.