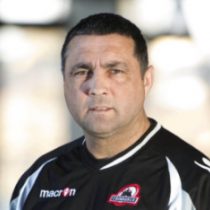 Bradley was capped 40 times for Ireland, 15 times as captain, scoring 40 points in the process.

He made his debut in 1984 against Australia and was a member of the 1985 Triple Crown team. His final game for Ireland was in 1995 against the All Blacks

His first coaching role began when he was appointed Irish U-21 coach on a full-time capacity in 2002 by the IRFU.

In 2003 Bradley was appointed head coach of Connacht Rugby, a position he held for seven years until leaving Connacht and Irish Rugby in 2010.

Under Bradley Connacht Rugby secured qualification to the playoff stages of the Amlin Challenge Cup on six of his seven years in charge, reaching the semi-final on two occasions.

In early 2008, he was appointed the Irish interim head coach and lead the senior international rugby team on their summer tour to New Zealand and Australia.

From 2010 to 2011, Bradley was part of the Georgian International Rugby Coaching team that completed an ENC1 Grand Slam in the 2011 ENC Championship.

In May 2011, Bradley was appointed head coach of Edinburgh on a two-year contract, with Edinburgh Rugby having their most successful season in their history under Bradley.

He was the assistant head coach of the Georgia national rugby union team from June 2013 until 2016, working as the backs coach and team attack coach.

For the 2017–18 Pro14 season, Bradley was appointed as the new Head Coach of Italian side Zebre.

In only his first year in charge, Zebre achieved their best ever season results.