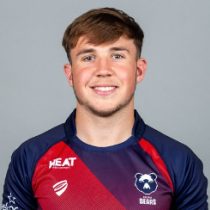 His pace, footwork, and goalkicking helped him earn a place in Bristol Bears’ starting XV against Zebre as an 18-year-old fly-half.

The Clifton College student has been a standout performer for the Academy U18s and Wales U18s and signed a four-year deal at Bristol.