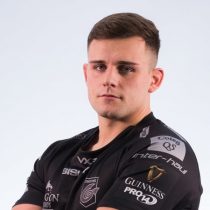 Talented back row Lennon Greggains from Newport is rated highly by the Dragons and made his regional bow against Ulster in September, 2017.

A hamstring injury frustrated him at the start of the 2018/19 season but he came back to enjoy outings against Ulster and the Ospreys, while he was taken on the tour to South Africa and was an unused replacement against the Southern Kings.

Greggains has twice represented Wales Under-20s at the World Rugby Junior Championships, most recently at the showpiece event in France in the summer of 2019 as Wales took sixth spot.\