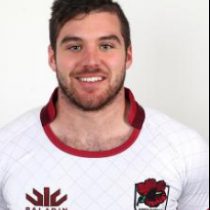 Growing up in Napier, Shae played junior rugby from an early age for the Taradale rugby club.

He represented Hawkes Bay at all age grades in his youth besides playing three years for the successful Napier Boys’ High School 1st XV, a period during which he also, in 2013, played for Hurricanes Secondary Schools.

Selected in the same year for New Zealand Secondary Schools’ wider squad, injury just before the final selection unluckily ruled him out.

Post-school, Shae headed south to study at Otago University, where he made 50 appearances for their team.

In July 2019, he signed a deal with Cornish Pirates.