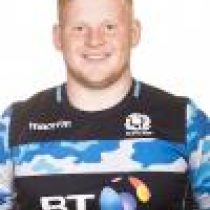 Robbie Smith was confirmed as one of the Fosroc Scottish Rugby Academy Stage 3 players ahead of the 2018/19 season, with the hooker aligned to Glasgow Warriors.

Having begun his career with Newton Stewart, he moved to Tennant's Premiership side Ayr, consistently impressing for the men from Millbrae.

The hooker has represented his country throughout the age-grades, and was named as Scotland's captain for the 2018 U20 Six Nations.

In April 2019, Smith signed for Bedford Blues ahead of the 2019/20 Championship season.

The following year he signed a two-year deal with Newcastle Falcons.