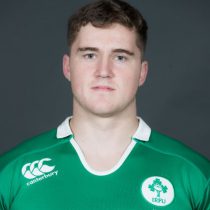 One of four St. Michael's players in the squad, Dowling is capable at either lock or backrow. He joined James Ryan and Ross Molony as former Michael's locks to pack down for the U20s.

Dowling has played for the Leinster A side on multiple occasions despite not being in the academy. The Lansdowne player was named in Ireland U20 squad for their 6 Nations tournament.