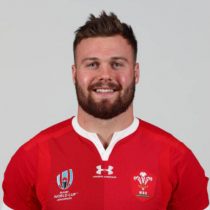 Lane made his debut for the Cardiff Blues in 2016 having previously played for their academy.

Lane made a try-scoring test debut against Ireland in the Rugby World Cup warm-ups but failed to make the final squad for the showpiece event.

He was called into the squad as an injury replacement for Josh Navidi ahead of the semi-finals with doubts around Jonathan Davies' fitness.

Ahead of the 2020 Six Nations, Lane was named in the Welsh squad but withdrew due to injury. He has a total of international 2 caps.

In March 2021, he signed a new long-term deal with Cardiff Blues.