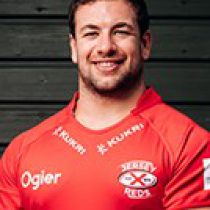 He was the reserve Scotland hooker for the 2012 Junior World Cup in South Africa.

August 2016 saw him sign a contract with the Jersey Reds.

Macfarlane, 24, moved to Jersey last August from Glasgow Hawks; the former Scotland Under 18 hooker has made around 20 competitive appearances for the Reds. He has signed with the Jersey Reds for the 2017/18 season.