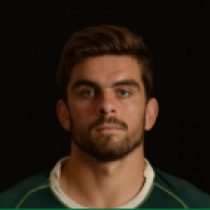 A former back-row player, Brownlie transitioned into the front row after signing for Nottingham in the 2015/16 season, making two appearances.

A product of the Northampton Saints’ academy system, Brownlie's representative rugby began in the Midlands U18 squad, before being selected once more at U20 level.

His versatility in the forward pack makes him a valuable asset, alongside his strong ball carrying ability and capability in set-piece play.