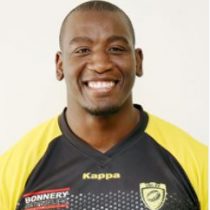 Zito played for the Eastern Province Kings in the 2006 Under-18 Academy Week and was included in the South Africa squad that competed in the Confederation of African Rugby Under–18 tournament.

He joined Western Province and played for them at Under–19 and Under–21 level. Despite being included in their squad for the 2009 Vodacom Cup, he did not make an appearance.

He then played for the NMMU Madibaz in the 2011, 2012 and 2013 Varsity Cup competitions, which earned him a call-up to the Eastern Province Kings 2013 Vodacom Cup squad. He made his debut against Free State XV.

After the 2013 Vodacom Cup season, he signed a two-year contract with the SWD Eagles prior to the 2013 Currie Cup First Division.


He joined Kimberley-based side Griquas for the 2016 season.

After some stellar performance for Griquas Zito was included in the Southern Kings 2017 Super Rugby squad.

He made his debut in the opening round of Super Rugby when he started against the Jaguares.

Zito made 13 appearances for the Southern Kings during the 2017 Super Rugby season before he signed a deal with Pro D2 side Carcassonne as a medical joker.