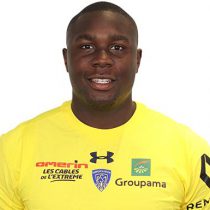 Born and raised in Sarcelles and then RC Massy, Cancoriet signed for Clermont in 2015 for three seasons.

Cancoriet represented France at various age grade levels from U18 up to U20, where he played in the 2015/2016 U20 Six Nations & World Championship.

In June 2017, he was selected to play for the French Barbarians against South Africa, starting in the first match in Durban.

In November 2017, Cancoriet made his Test bow for Les Bleus against New Zealand in the Stade de France, Paris.