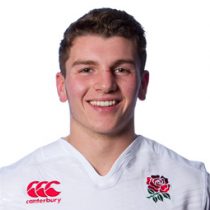 Bainbridge became Carnegie’s leading scorer in the 2016 campaign having scored 16 tries in just 13 games, a form which has understandably drawn attention from Premiership clubs.

The Academy product signed a deal to commit to the side beyond the 2016/17 season.

Yorkshire Carnegie agreed a new one year deal with Bainbridge to keep the former England U20.

Going into the 2017/18 season, Bainbridge has racked up an impressive 22 tries in 36 appearances.