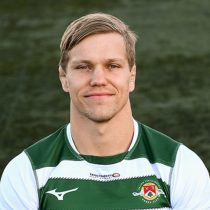 Korczyk played premier grade rugby for the University of Queensland Rugby Club, and was selected for the Brisbane City team in the National Rugby Championship in 2014. Later that year he signed a two-year development contract with the Queensland Reds.

He made his Super Rugby debut for the Reds during the 2015 Super Rugby season against the Bulls in Pretoria.

Korczyk went on to make 3 appearances that season, scoring 5 points.

Korczyk had a breakthrough 2017 season that saw him make 13 appearances for the Reds in Super Rugby and earn his spot in the Wallabies squad for the 2017 Rugby Championship.

In August 2018, he was named captain of Lawyers Brisbane City for the 2018 season.

After 26 appearances for the Queensland Reds, Korczyk was handed a new one-year deal ahead of the 2019 season.

Korczyk made just two appearances for the Reds during the 2019 season before joining the Ealing Trailfinders in January 2020.