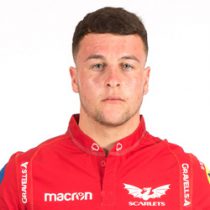 Conbeer’s development started with Tenby RFC under 9s, he progressed from under 13s to under 16s with Narberth RFC before being selected to represent the regional side at under 16s.

He progressed to the under 18s side, was rewarded with a place in the region’s Academy, whilst also representing Coleg Sir Gâr.

The Saundersfoot born Conbeer was handed his Scarlets senior debut against Bath Rugby in the Anglo-Welsh Cup in November 2016 at only 17 years of age.

His senior debut came on the back of impressive in the Principality Premiership with Llanelli RFC and in the British and Irish Cup campaign with Scarlets Premiership Select, scoring a try against Richmond RFC in the fifth round.

His debut at the tournament came in a victory to Italy U20, a game in which Conbeer scored a try.

As of December 2019, he had made 11 appearances for Scarlets.