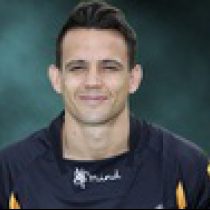 Berry's playing career started with the Queensland Reds when he made his debut against the Hurricanes in 2005.

He made 33 appearances for the Queensland side before traveling to Paris where he signed a deal with Racing 92, representing the French club for three seasons.

In 2010 he added London Wasps to his playing CV, joining the side on a two-year deal.

After a number of strong performances, he signed a contract extension with the side and went on to make 46 appearances before his playing career was cut short in 2013 when a series of head concussions forced him into early retirement.

2015 was the year he picked up a whistle, making his refereeing debut both in Queensland Premier Rugby and in Australia's National Rugby Championship and quickly ascended through the national ranks joining the Super Rugby panel in 2016.

The following year, Berry officiated the final at the U20’s World Championships and broke onto the World Rugby panel later that year officiating the encounter between Scotland and Samoa.

He has since refereed 6 Test matches and 31 Super Rugby games.

In 2019 he blew the whistle in the Six Nations and the quarter-final at RWC 2019 in Japan.

As of May 2020, Berry is now one of the more experienced Super Rugby referees.