Warren Gatland has named his side for the first Test against the Springboks and with it, the Lions boss has made some tough selection calls.

In fact, Gatland claims that this test 23 'was by far the hardest Test selection' he has been involved in in his four Tours with the British and Irish Lions.

We take a look at the winners and losers from the first team announcement. 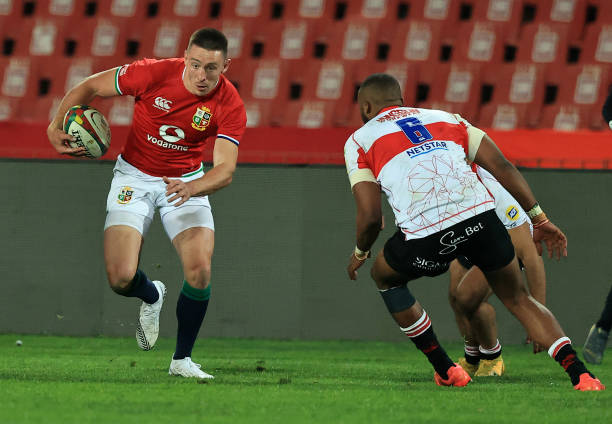 Eight tries in four games for the tourists was not enough for Josh Adams to cement a place in the test team.

The 26-year-old featured on both wings and at fullback, with the last provincial game against the Stormers being the only game he did not score in.

The Welshman is incredibly unlucky to miss out on the test squad altogether with his fellow countryman Liam Williams taking the outside back reserve place on the bench and Anthony Watson and Duhan van der Merwe preferred in the starting jerseys. 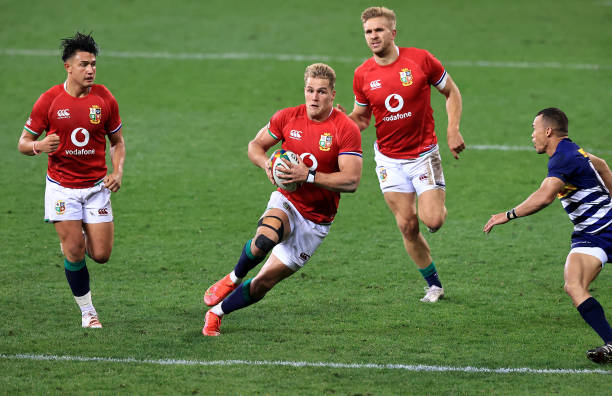 Duhan van der Merwe has taken every opportunity that has come his way since leaving South Africa to join Montpellier back in 2016.

Five years on and the British and Irish Lions tour to date has been a microcosm of his career since leaving the Bulls. His five tries in four games on the left-wing for the tourists, including a hattrick against the Sharks, has seen him beat Josh Adams to the starting #11 jersey for the Lions with a standout game against the Stormers, albeit without a try, possibly the deciding factor in the final selection.

He leads the Lions pack in defenders beaten so far with 29, 12 more than the next best in Elliot Daly, while he also tops the running metres with 463 (almost 200 more than Adams in second place) and has made more carries than any other back (38) with just Jack Conan (47) bettering his tally.

The outside back selection was incredibly close and van der Merwe did enough to beat the competition. 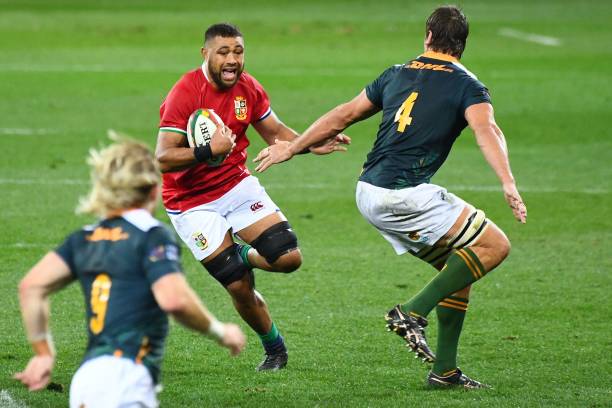 One of the most surprising omissions from the test day 23. Faletau has been in good form for the Lions so far on tour and one would have expected to see him lineup in the #8 jersey in the opening test against the Springboks.

A starting in all three tests four years ago in New Zealand, Faletau would have fancied his chances after finishing the preparation games with the second-most tackles by a Lion, two try assists and a handy shift against South Africa A.

However, Jack Conan has been preferred to the Welsh loose forward, who will now look to make a run for the second test. 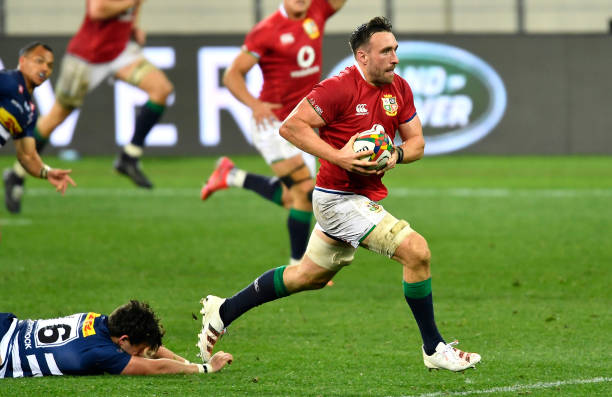 Conan's inclusion in the touring squad will have come as a surprise to many but the Irishman has certainly made the most of his opportunities to impress.

He has beaten the more fancied Sam Simmonds and Taulupe Faletau to a starting role in the first test. In his four appearances for the tourists, he has scored twice and leads the way in carries made on tour with 47, 11 better than next best in Duhan van der Merwe (38).

He has also made more metres than any other Lions forward (137). A massive achievement for the loose forward who hadn't played a Test for Ireland in a year and a half before the Six Nations. 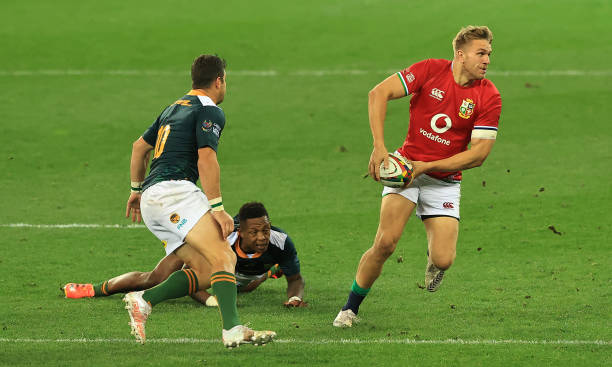 The starting XV for the first test includes three Scots in van der Merwe, Hogg and Price with Chris Harris falling short of making it four as he was beaten to the starting #13 jersey by Elliot Daly.

Daly, has played the most minutes for the Lions so far, convincing Gatland and co. to give him a run in the starting lineup for the tests despite playing the Six Nations as an outside back.

A start in the Series opener for Harris would have been a reward for some strong outings in the red jersey but the Lions bosses to have opted for the bigger boot and playmaking option in Daly. 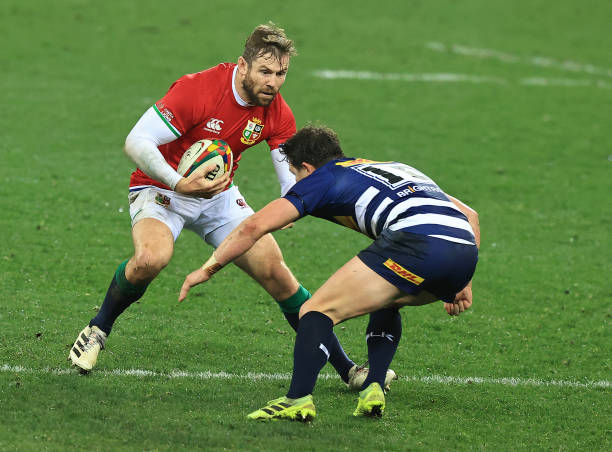 Playing in his preferred position, Daly has shone on the Tour to date.

The Englishman has assisted four tries so far for Lions while he has also managed to beat 17 defenders - the best tally outside of Duhan van der Merwe's 29.

He has also made more running metres than any other centre on tour (174) with only Tadhg Beirne completing more offloads than him (6). 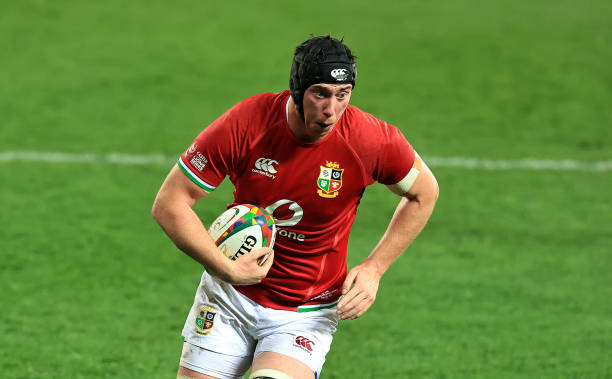 Brought in as injury cover for Alun Wyn Jones, Beard took his opportunities to impress with both hands.

However, once the Lions captain returned Beard's chances of cracking the test team plummeted.

The versatility of Beirne and Lawes did his chances no good plus the strong outing Jonny Hill produced against the Stormers.

Regardless, Adam Beard has certainly got more admirers for his stint with the Lions. 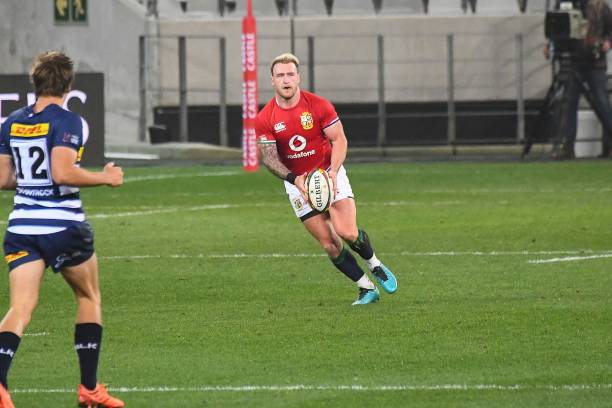 All three outside backs are simply winners for cracking the nod in arguably the most hotly contested positions in the squad.

Gatland explained as much after the match against the Stormers saying: “There are going to be some tight calls with regard to the back three and the make-up of the loose forwards and how that mix is going to look as well."

However, Hogg a bit more so considering that he has had just two run-outs in the Lions jersey this tour. The Scottish captain missed the first game against Japan due to the Premiership final before captaining the side in the first game in South Africa against the Lions.

He was then forced into isolation and missed the other tour games in between before featuring in the final preparation game against the Stormers. While Hogg has impressed during those two outings, he has certainly benefitted from his reputation and the regard that the Lions coaching ticket hold for him. 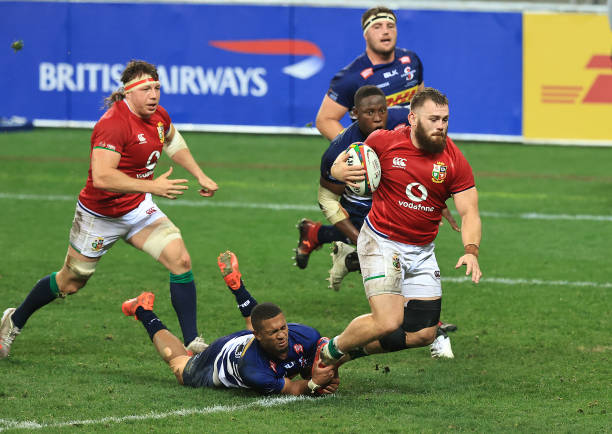 Largely seen as England's second choice hooker, Cowan-Dickie is another who has grasped his opportunities with both hands.

His perfection at lineout time may well have been one of his biggest contributing factors to his inclusion in the starting XV or his man of the match performance in the last game against the Stormers.

Regardless, Cowan-Dickie is a winner for managing to beat the two more experienced hookers, who are both on their second tours, to a place in the starting XV. 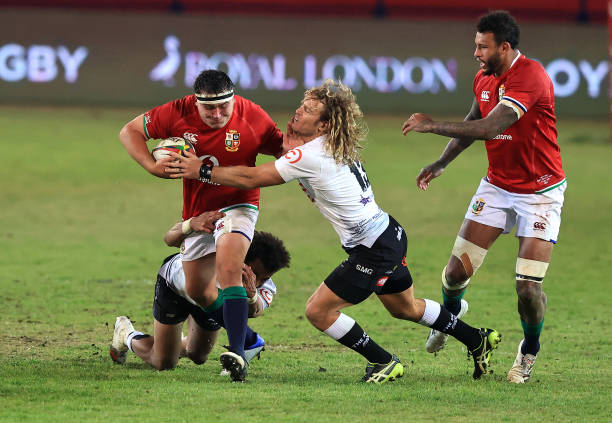 A three test Lion on the tour to New Zealand, George is unable to make it four from four after missing out entirely on the matchday 23.

A somewhat surprising call from Gatland but the options at hooker made it an incredibly close call. George captained the Lions during this tour and could still feature in the two tests that follow.