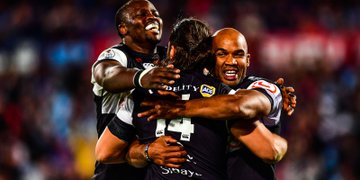 The Sharks booked the last semi-final berth in the Currie Cup with a bonus-point 48-40 victory against a gutsy Blue Bulls outfit at Loftus Versfeld in Pretoria on Saturday.


As a result, the Currie Cup defending champions will travel to Bloemfontein next week to take on the log-leaders, the Free State Cheetahs, in their semi-final.

The Golden Lions will host Griquas at Emirates Airline Park in Johannesburg in the other semi-final. There were shock wins for Bayonne and Bordeaux-Begles as the Top 14 returned for the 2019-20 season on Saturday.

Newly promoted Bayonne celebrated an opening-day upset as the new Top 14 season began on Saturday, winning 24-17 away at Racing 92.

Bayonne won the Rugby Pro D2 title last season to seal their return to the top flight and used that momentum to spring a surprise as they visited Racing in the first round of fixtures. Full match report 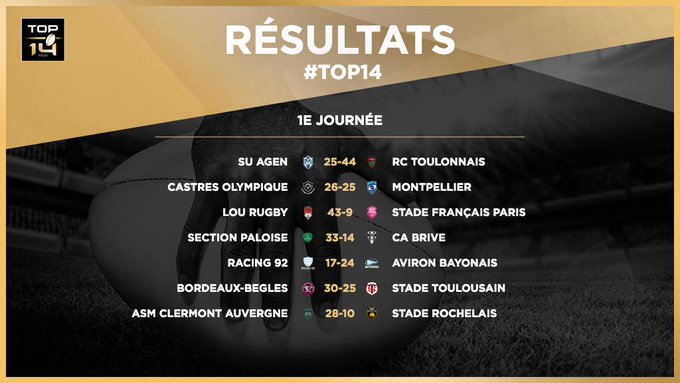 Former New Zealand winger Julian Savea scored as Toulon crushed Agen 44-25 on Saturday in the opening round of the French Top 14 campaign.

Savea, 29, who failed to score until three months into last season, was joined by former Georgia forward Mamuka Gorgodze and former France youth international Julien Heriteau on the scoreboard, who both claimed doubles. 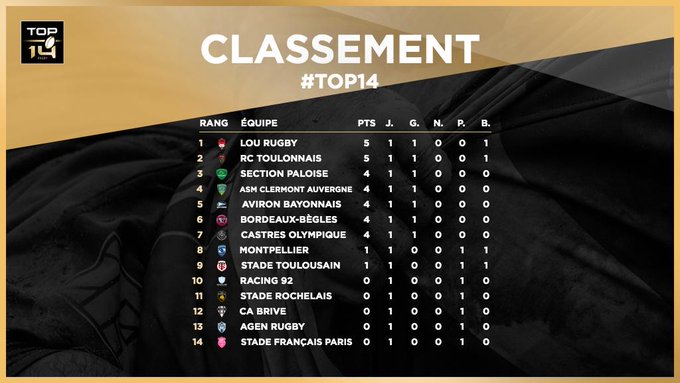 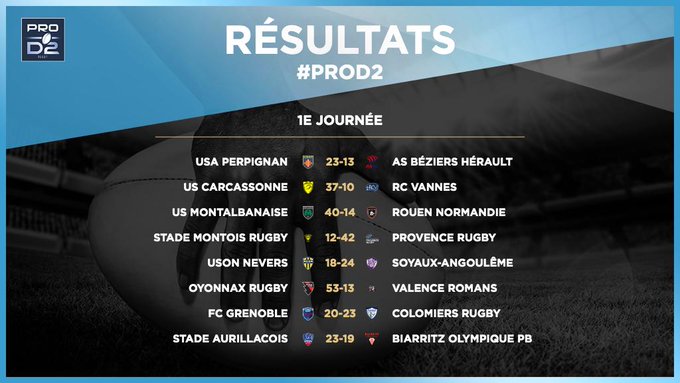 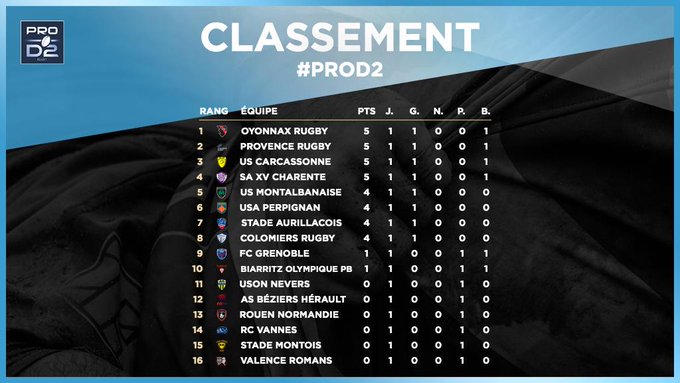 Scotland beat France but injuries a concern for Townsend

Scotland gained a measure of revenge over France by fighting back to win 17-14 at a sold out Murrayfield, but there are injury concerns for Gregor Townsend ahead of the Rugby World Cup.

Les Bleus hammered their Six Nations rivals 32-3 in Nice last weekend, but squandered an 11-point lead to suffer a defeat four weeks before the World Cup starts in Japan.

Lock Sam Skinner, wing Tommy Seymour and debutant back-row Blade Thomson came off with injuries in a much-improved display from Scotland and Townsend will be hoping for positive news on the trio. England produced a stylish display to secure a record-breaking 57-15 home win over Ireland in their latest Rugby World Cup warm-up match, denying the visitors a place as world number one.

For the third consecutive week, England approached a warm-up knowing their opponents could move to the top of the rankings but, after beating and then losing to Wales, they ensured the Grand Slam champions remained at the summit by routing the Irish.

The second Wales match saw just a single try scored between the two sides, yet there were a pair inside 13 minutes of an entertaining and ultimately one-sided affair at Twickenham on Saturday. Read more

Ireland 'nowhere near where we need to be' - Best The Rugby World Cup is not far away but Ireland's performance against England showed they are not ready, according to Rory Best.

Rory Best admitted Ireland are "nowhere near" where they need to be just a month out from the Rugby World Cup after a humiliating defeat to England. Read more

Perpignan kicked off life back in PRO D2, France's second division, with a 23-13 victory over Beziers on Thursday.

The win was Perpignan's first in-season victory since they stunned Montpellier back in February this year and was just their second and final victory in the 2018/19 Top 14 season.