Wasps have announced the signing of promising young scrum half Ben Vellacott who will join the Club in the summer from Gloucester Rugby.

While Vellacott joins Wasps, Joe Simpsons heads the other way with Gloucester announcing the signing with the new trend of video edits. 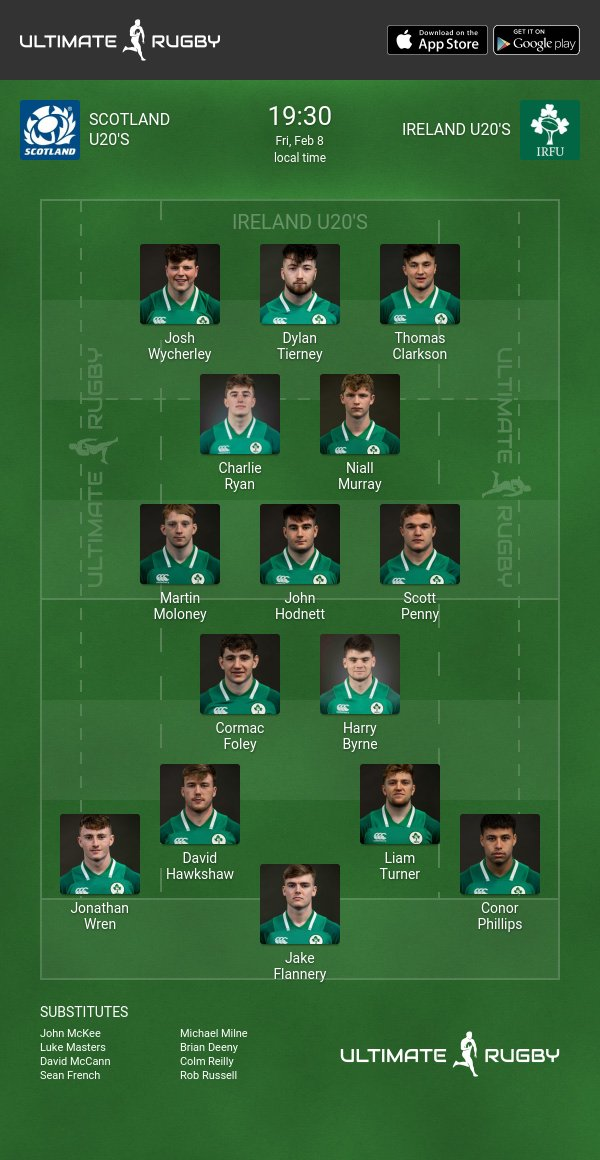 Ireland’s starting XV shows just one change to the side that defeated England 35-27 in Cork last week. Cormac Foley, the scorer of the match-winning try in Cork, is promoted from the bench to start at scrum-half, replacing vice-captain Craig Casey who is ruled out through injury. The LNR, the governing body of the Top 14 and PROD2, have appointed French broadcaster Canal+ to market the International broadcast rights for the two leagues for the 2019/20 to 2024/25 seasons.

According to the release from the LNR, the broadcasting expansion of the two leagues on an international front is high on the priority list of the organisation. Read more

Ealing Trailfinders can confirm that the club have agreed a new contract with Elliot Millar Mills for the 2019/20 season.

The tighthead prop has featured on 16 occasions so far this season and has been a standout in the front row to see the Trailfinders sit second in the Championship, as well as into the last four of the Championship Cup. Sonny Bill Williams has not ruled out the possibility of the 2019 Super Rugby season being his last with the Blues.

New Zealand international Sonny Bill Williams has suggested this season could be his last with the Blues in Super Rugby.

The 33-year-old's deal runs out after the Rugby World Cup and it has previously been rumoured he could return to rugby league or take up a coaching role. Full story Former Wallabies centre Anthony Fainga’a has announced his retirement from all rugby after being affected by concussion.

The 32-year-old, who played 23 Tests for Australia between 2010 and 2012, has most recently been playing in Japan for the Kintetsu Liners. Full story Ulster have been handed a major boost with Springbok back-rower Marcell Coetzee signing a new three-year deal with the Irish province.

Coetzee's first two campaigns at Ulster were badly affected by knee injuries but the province's fans have seen the best of the flanker, 27, this season.

The Wales players take a look back at a Six Nations classic from 2005: Italy v Wales at the Stadio Flaminio.