Tuesday Afternoon Round Up

Yorkshire Carnegie have signed winger Tom Arscott for the remainder of the 2016-17 Championship season.

Arscott made 53 Premiership appearances for the Sharks after joining them in 2013 from London Welsh. He played in the top flight with Welsh in the 2012-13 season and scored the club's first ever Premiership try on their opening day defeat at Leicester.

He has joined up with his new team mates this week and is set to feature this Friday in the clash with Jersey Reds. 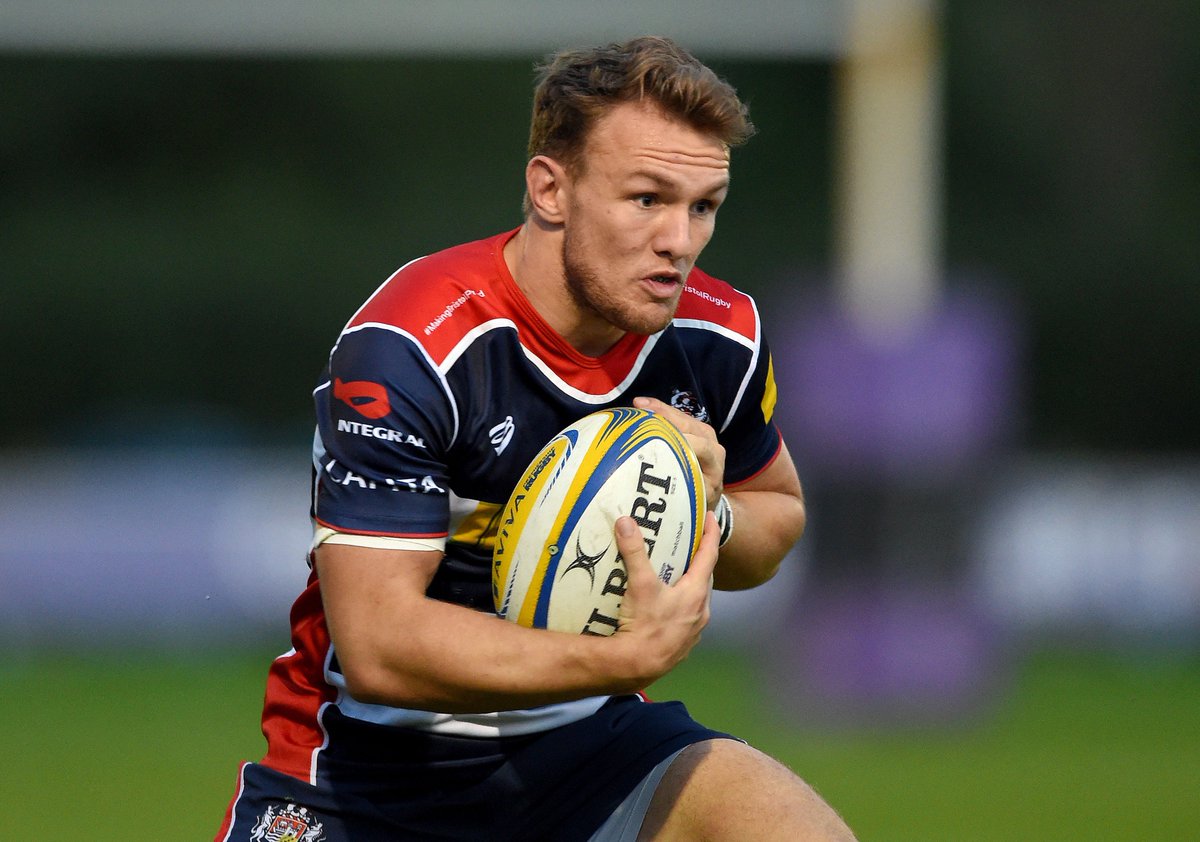 Bristol Rugby centre Nick Carpenter has been added to the Knights squad on dual-registration until the end of the season.

Director of Rugby Clive Griffiths said: "We are delighted to bring in a player with Nick's experience at such short notice; Friday is the deadline for any player movements and we needed to reinforce the midfield. Nick became available from Bristol and they've kindly let us have him to fill the void."

The former England at U18 and U19 star arrives at Castle Park today and will be eligible for selection ahead of next weekend's clash with London Scottish. 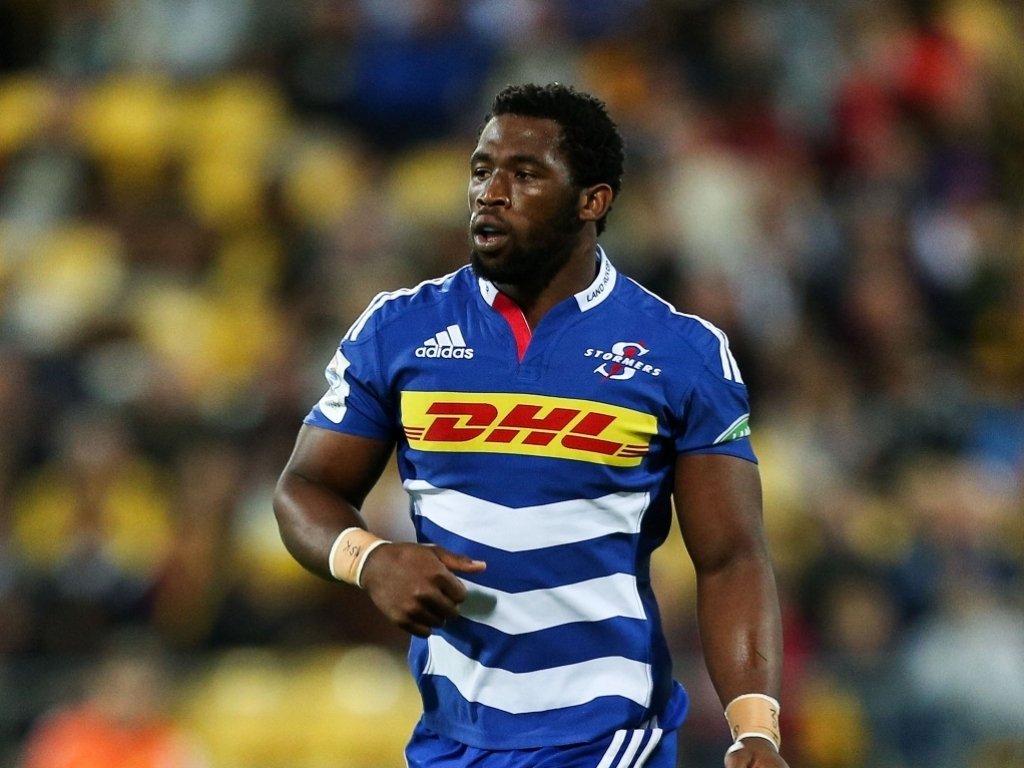 Kolisi has earned 75 Caps for the Cape Town based side since making his debut in 2012, he will be assisted by his good friend and Springbok lock Eben Etzebeth.

The pair have been friends since they were at the Western Province Insititute in 2010 and the fact that the two are good friends off the field will add immense value to the team going forward.

Fleck commented on his new captain:

“We have developed a number of strong leaders in this group, so Siya will certainly not be shouldering the responsibility on his own, but we felt it important to appoint someone who the team can rally around.

Kolisi felt it was a honour to lead his team commenting:

“There have been some great players who have led the Stormers out at Newlands, so for me to be amongst them is both a great privilege and a great responsibility. 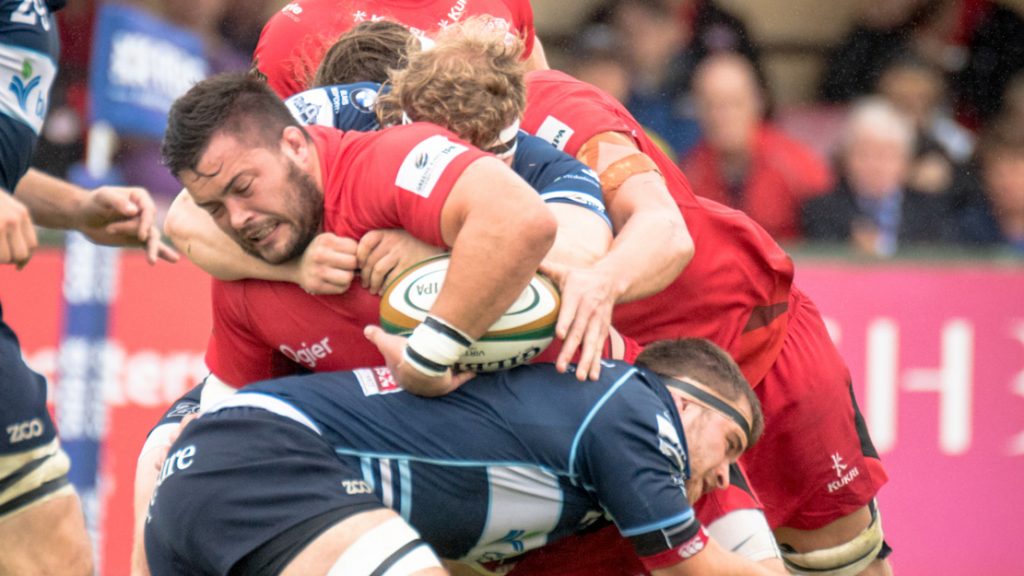 Kerrod made his Vodacom Cup debut for the Sharks in 2013 after excelling at junior level and soon signed with Eastern Province Kings and NMMU ahead of the 2014 season. 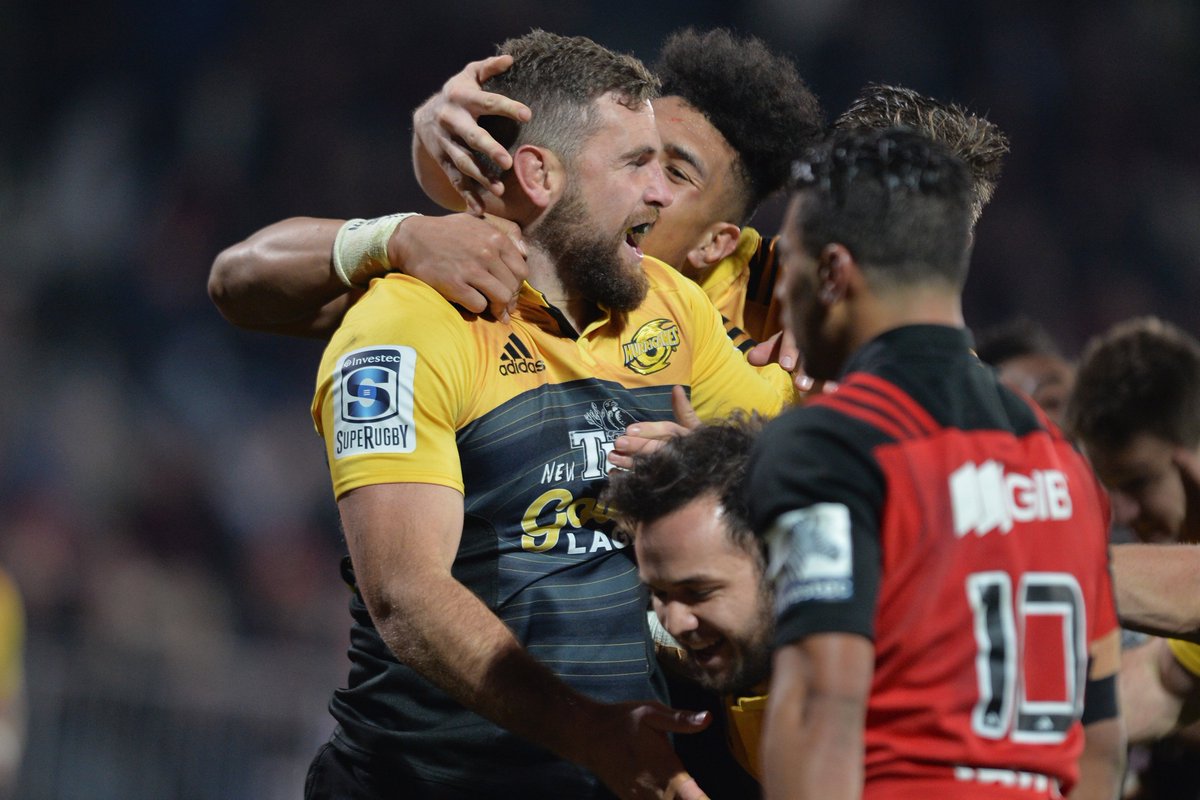 Glasgow Warriors have signed New Zealand-born flanker Callum Gibbins ahead of the 2017/18 season, subject to visa and medical.

Gibbins will join the side following the conclusion of the Super Rugby.

"I’m excited about the opportunity to start a new journey with Glasgow Warriors in Scotland" Gibbins said.

He was the captain of Manawatu Turbos, where he played under incoming Warriors coaches Dave Rennie and Jason O’Halloran, and he has scored 19 tries in 60 appearances for the Mitre 10 Cup side. 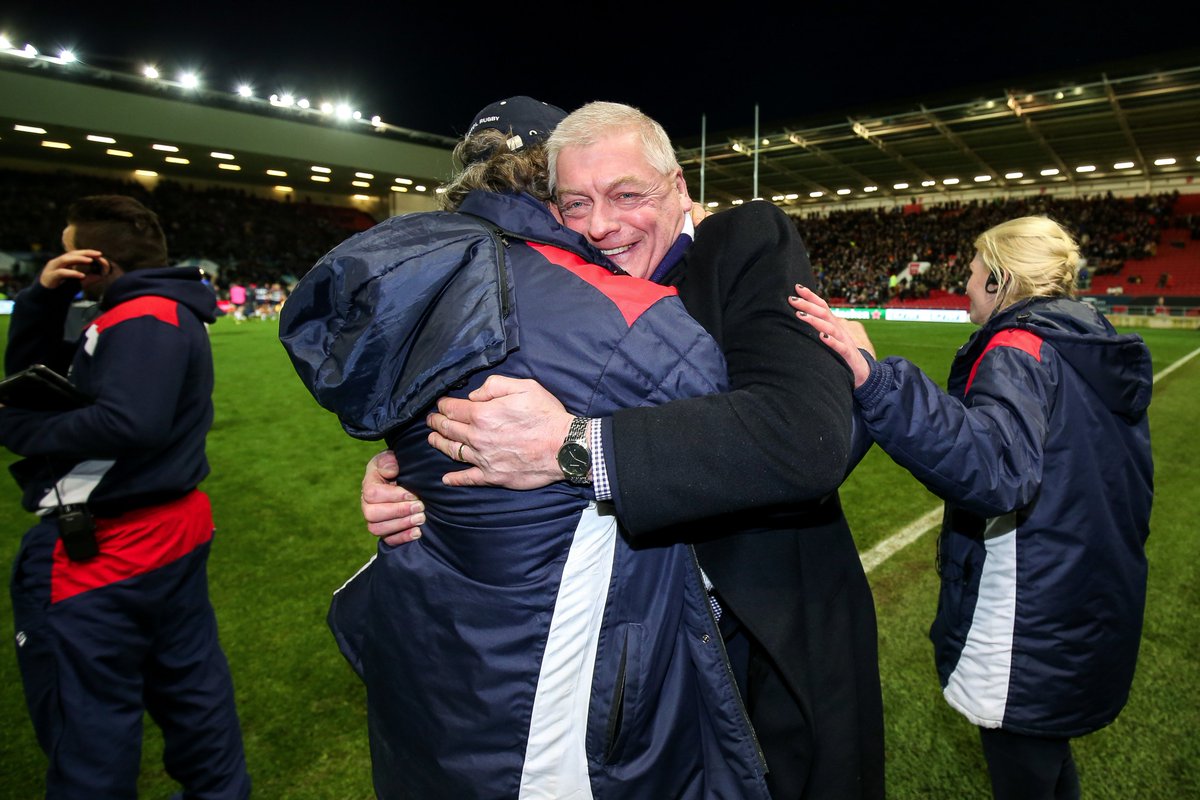 Steve Gorvett to step down as Bristol Rugby CEO

Steve Gorvett has decided to step down as Chief-Executive of Bristol Rugby at the end of the 2016/17 campaign.

“I took the decision to step down at the end of the season after twelve enjoyable years at Bristol Rugby," said Steve.

"It’s been a period of huge transition for the Club ... At the end of the season we aim to still be in the Premiership with a world-class head coach already committed."

Mark Tainton – currently serving as interim Head Coach – will assume the new position in the summer at the time of Pat Lam’s arrival. 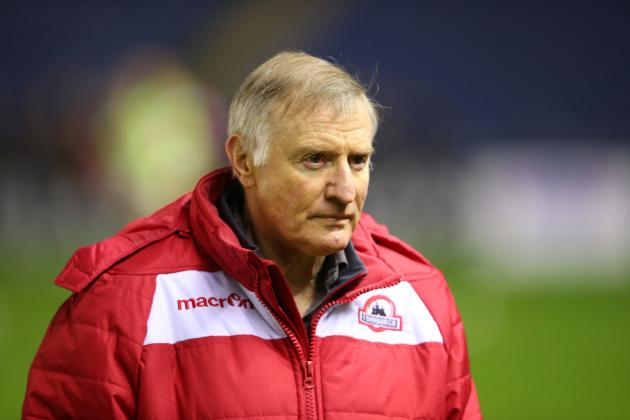 Bristol Rugby have confirmed that Alan Solomons will be joining the club with immediate effect.

The South African has coached at international level with South Africa and the Barbarians. He has also worked with Northampton Saints, Ulster, the Southern Kings and Edinburgh.

Head Coach Mark Tainton had this to say:

Solomons commented on his appointment:

“I’m delighted to be able to link up with Bristol Rugby for the next three months and assist Mark [Tainton] and the management group.”

The 66 year-old left Murrayfield at the beginning of the campaign having led Edinburgh to their first ever European Rugby final in 2015.

The South African joins Mark Tainton’s coaching set-up for the remainder of the Premiership campaign. 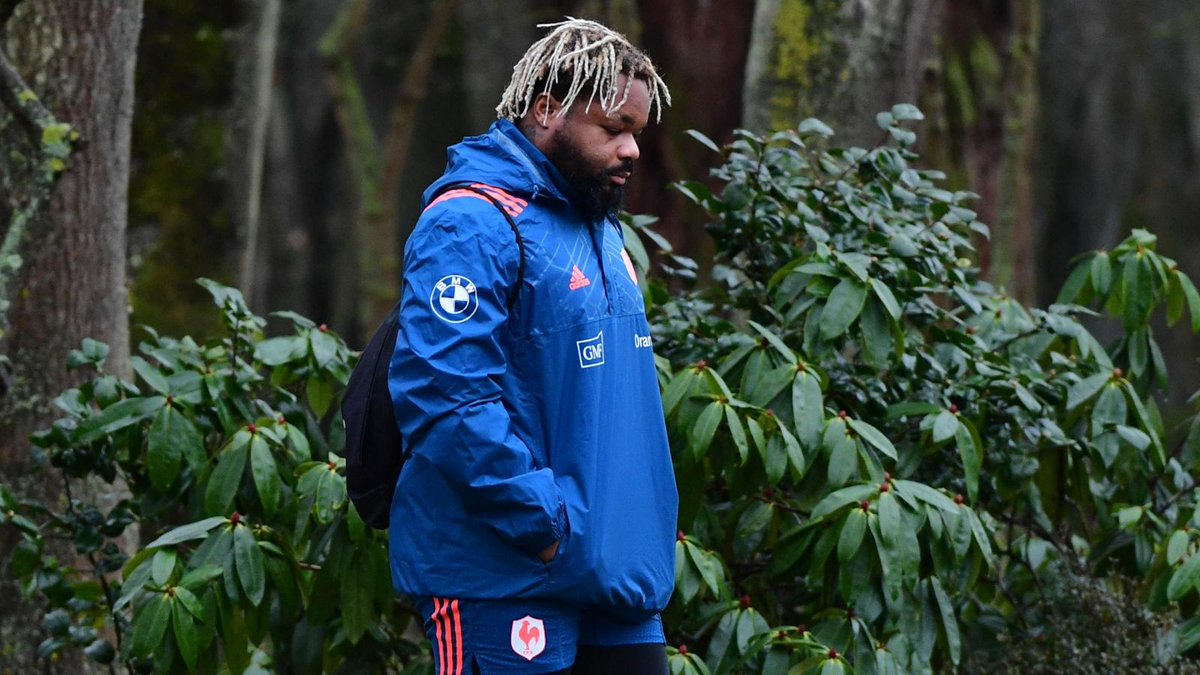 Bastareaud out of Ireland clash

Bastareaud sustained a head knock during Toulon's Top 14 clash with Lyon on Saturday and has been ruled out of France's clash with Ireland this weekend.

"Following a concussion Mathieu Bastareaud underwent a neurological test which does not allow him to be available for Ireland v France," the French Rugby Federation tweeted.

He was orginally called into the squad as injury replacement for Henry Chavancy and has not appeared in the Six Nations this year.

Toulon hooker Jean-Charles Orioli has signed with La Rochelle on  three-year deal starting next season, the club has confirmed.

The news follow after the hooker suffered ruptured cruciate ligaments at the weekend, ruling him out for the rest of the season.

Australian full back Dane Haylett-Petty has signed a two-year extension with the Western Force and Australian Rugby Union.

He started his test career late as he represented French side Biarrittz and Japanese side Tokyo Shokki Shuttles before returning to the Western Force. Now an established Wallaby Haylett- Petty has scored 4 tries in 17 Tests for Australia.

“I’m very excited to be staying home and playing for the Force, obviously the draw card of trying to get back into that Wallabies team was a large part of my decision,” Haylett-Petty said.

“I really enjoyed last year, the challenges week in and week out, watching my game grow and the Force were a big part of that and I feel like we’re really heading in the right direction and we have a great group of young men with a bright future.