Northampton Saints will face champions Saracens on the opening day of the new Premiership season after the league’s 22 rounds of fixtures were announced today.

Chris Boyd’s side finished fourth in the standings last season before losing out to Exeter Chiefs in the competition’s semi-finals, but will hope to go even further during the 2019/20 campaign with the Kiwi director of rugby fine-tuning his squad this summer.

After a visit to Allianz Park in round one, the Franklin’s Gardens faithful will be given their first glimpse of the men in Black, Green and Gold in the Premiership as they take on Worcester Warriors (Saturday 26 October) and then Harlequins (Friday 1 November) in consecutive weeks.

A trip to the West Country awaits Northampton next as they lock horns with Bath Rugby at the Rec, before Boyd’s side round off the first block of matches before the European break with a blockbuster East Midlands derby skirmish against Leicester Tigers at the Gardens (Saturday 30 November).

Other dates for Saints supporters’ diaries include a home Christmas clash against Gloucester Rugby, the visit of midlands-rivals Wasps to Northampton in March, and a trip to Welford Road to try and make it three wins on the spin on Tigers’ soil in May. 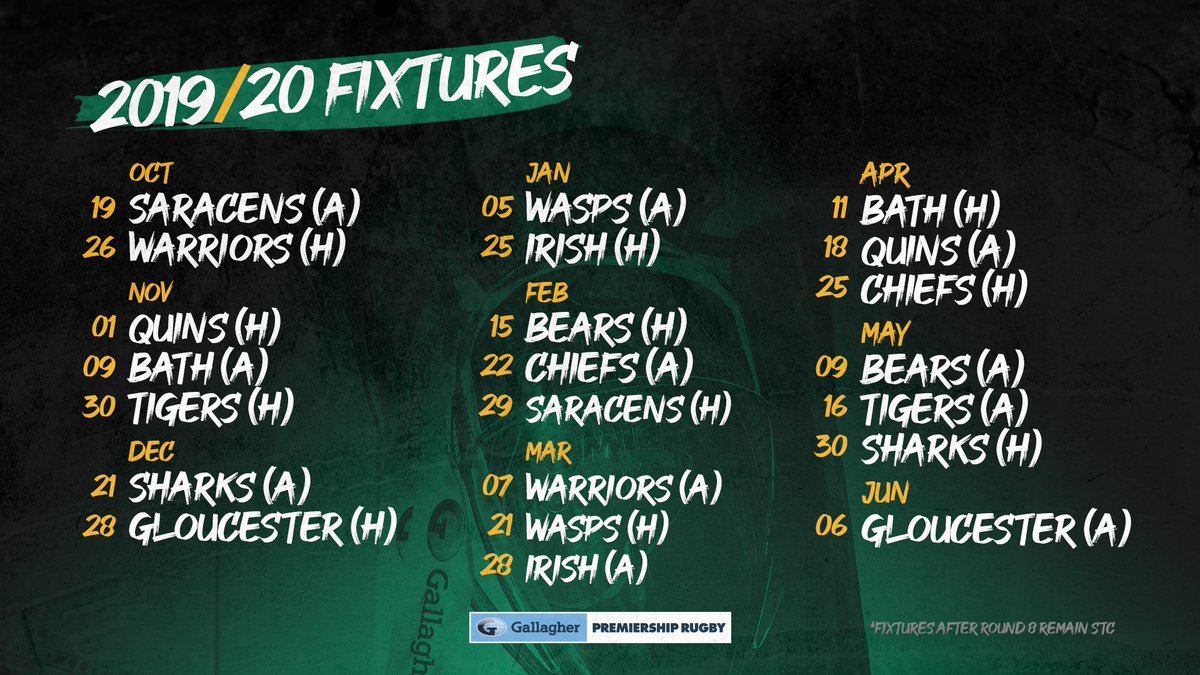