Glasgow Warriors will be without the services of secondrow Leone Nakarawa for up to six weeks after the Fijian suffered a knee injury in last wekeend’s emphatic PRO14 win over Dragons.

“He injured his knee on the weekend,” Head Coach Dave Rennie confirmed the news.

“Generally you can get them back and going inside six weeks, so that’s the plan.”


Glasgow Warriors named their squad yesterday for tonight’s clash with Leinster at the RDS, with D’arcy Rae set to make his first appearance for the club since the two sides met at Scotstoun at the end of November.

Rae’s inclusion in Dave Rennie’s matchday 23 means it will be a squad containing 15 internationals making the short trip across the Irish Sea for tomorrow night’s encounter, as five players return to club duty in the second fallow week of the 2020 Six Nations. 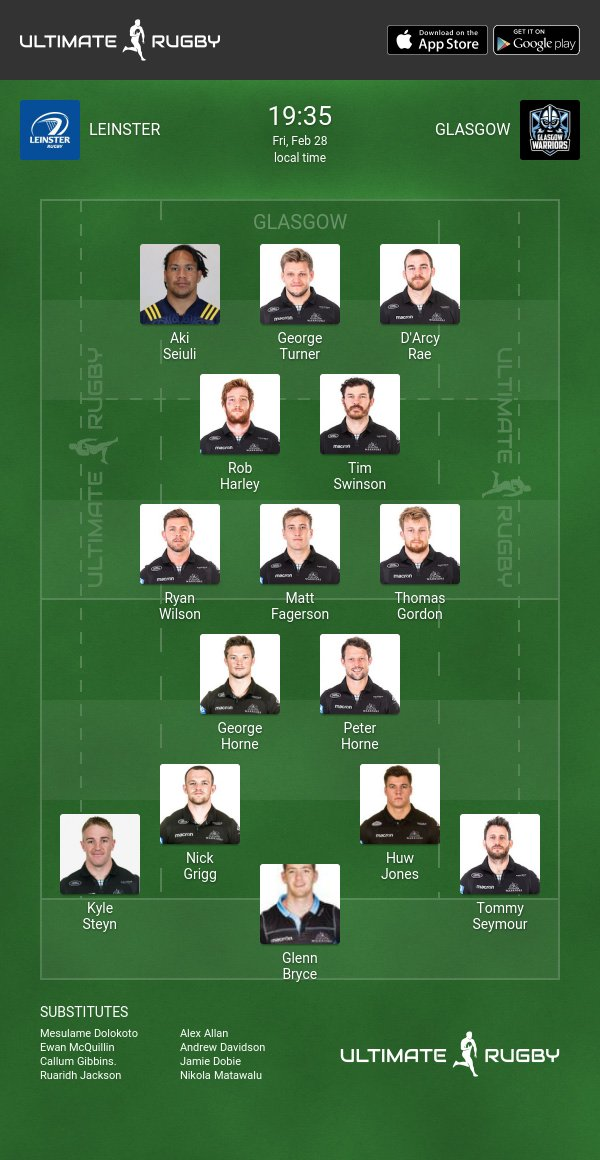