Italy have named a squad of 32 players for the 2021 Under-20s Six Nations ahead of their opening clash against hosts Wales.

The Azzurrini have been narrowly beaten in two close matches with a France development XV, in January and May, and will be looking to build on some strong recent campaigns.

And having built up great depth, coach Massimo Brunello admits it was not easy to cut the squad down to 32 players.

Italy begin their campaign in Cardiff against Wales, followed by matches against France, Scotland and Ireland.

They will close out the Championship against England in the final round on July 13. 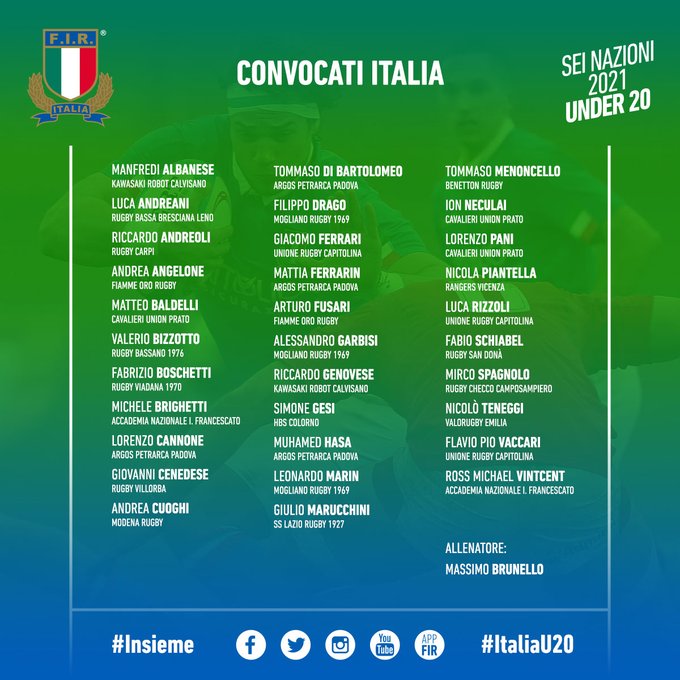